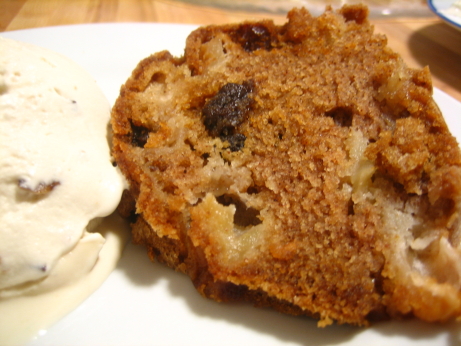 I’m really trying to work on my hosting skills these days. I love to have friends over, and I love to cook for them. Unfortunately that often means that we don’t spend a lot of time together once they arrive. I’m pretty rotten about sharing kitchen space, or involving others in the cooking process. Being territorial about ones kitchen seems like a natural, if not admirable trait. I wish I was the sort of person who could invite a bunch of friends over, give everyone a kitchen job, and just let them do it. Unfortunately, I’m a kitchen control freak, if I do invite someone to cook with me I can’t help but looking over their shoulders and making little “suggestions” which make me feel like a patronizing ass. I’m not a particularly controlling or dominant person in other aspects of my life, but I don’t think I’ll ever play well with others in the kitchen. So, if I want to see my guests, and I can’t share the cooking with them, I’ve got to get better about doing prep work well ahead.

When I made this cake The Boys were over for the day. It’s quite rare that we all get together in one place at one time, so I should have made the most of it. They’ve been very supportive of The Project, and I like to share, or occasionally inflict, recipes from The Book with / on them. I decided to make this cake, and yesterday’s ice cream while they were over. The recipes list the combined active time at 1 hour 10 minutes, but I probably spent two hours at it between prepping and cleaning. Two hours isolated in the kitchen is a fair chunk of the time The Boys were over. Both the cake and the ice cream were good, and I really enjoyed sharing them with my friends, but I should have thought it through and prepared those dishes the night before. I am getting better about kitchen time management, but it’s definitely a work in progress.

The cake is easy to make, you sift together flour, baking soda, and salt in one bowl, then wisk together vegetable oil, eggs, white and brown sugars, cinnamon, nutmeg, dark rum, and vanilla in another. You fold the dry stuff into the wet stuff and gently incorporate diced apples, and raisins. The batter goes into a Bundt pan and bakes.

This was a very soft, moist cake. It was gently spiced, and packed with apples and raisins. When I served it to the boys the afternoon it was baked I wasn’t too impressed. There was nothing wrong with it, but it wasn’t as good as I was hoping. The recipe suggests that it improves with age though, and I’d have to agree. It was much much better by the third day. There was no great change, all the flavours were the same, but it really came together and the texture firmed up a bit. If I baked it again I would choose a firmer apple. The recipe calls for Cortland or Empire, and the blurb ahead suggests that Golden Delicious or Gala will do, but my cortlands melted into the cake, and those other options are evens softer. I would use Granny Smiths both for the bitterness, and the very firm texture. The cake was a little on the sweet side anyway, so a more assertive apple wouldn’t hurt anything.

This cake worked best as an opportunistic snack. Since it keeps at room temperature for five days (read a week), it was nice to have it there ready to go. The first night I served it I was thinking of it as a big Bundt spice cake for after dinner. It didn’t really fit that application, it’s much more of an afternoon coffee cake (the rest of the coffee cakes are in the Breakfast and Brunch section, and I don’t understand why it wasn’t grouped with them). I’m not going to rush to make it again, but if it was sitting on the counter I’d certainly cut myself a slice.

Doing prep ahead of time is ideal… but another solution is to have a kitchen that adjoins a sitting/dining area.

Yes, I’m suggesting that you go through the pain of moving so that I don’t miss out on those extra hours of interaction when over at your place.

As for the recipe, I recall the ice cream being far more interesting than the cake.

Indeed, Kebes makes a very good point. My father, who is quite the gourmet chef himself, did just that – he opened up the space between the kitchen and TWO sitting/dining areas so that he could visit and cook at the same time. This being said, the guests then become privy to any kitchen failures. Remember the flaming Welsh Rarebit?

I should specify that I was the cause of the flaming Welsh Rarebit, not my father.

Kebes: I agree, my fantasy dream house will solve all of these kitchen conundrums. The problem with an open kitchen is that I’m also a messy cook, my dishes aren’t the nicest thing to look at while you’re eating. Moving might have to wait until we have real jobs though.

MVB: That Welsh Rarebit really made the evening.