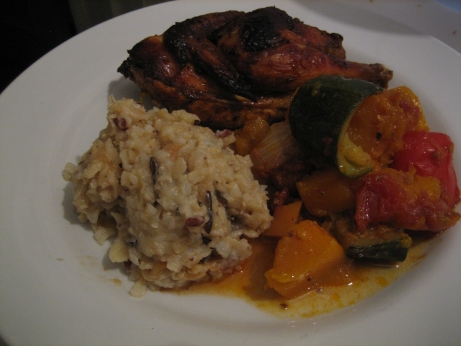 Sometimes this stuff happens. For some reason “riz sauvage” cracks me up… makes the rice seem behaviorally wild, not just nature-wild…