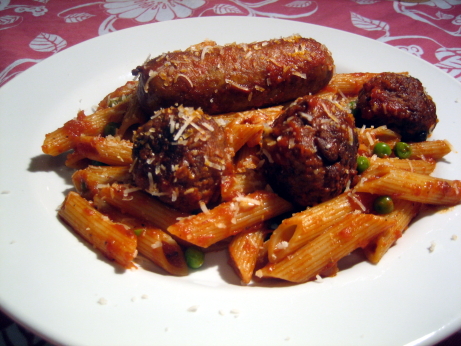 the cinnamon in the meatballs sounds really good. i just made a bolognese and added a pinch on cinnamon, and i really like the flavor it gave the sauce. i’m going to have to try it in meatballs, yum.

I really like it. Adding sweet spices is all about restraint though. There’s a very popular style of tomato sauce here that features loads of cinnamon and nutmeg, and sugar added to the sauce, it kind of tastes like Christmas.

hmm…so are you saying your meatballs WON? or lost?? LOL
I’m still not sold on the currants.

I consulted with the teetoataler of the group, and he confirms that my currant free meatballs won by a small margin.